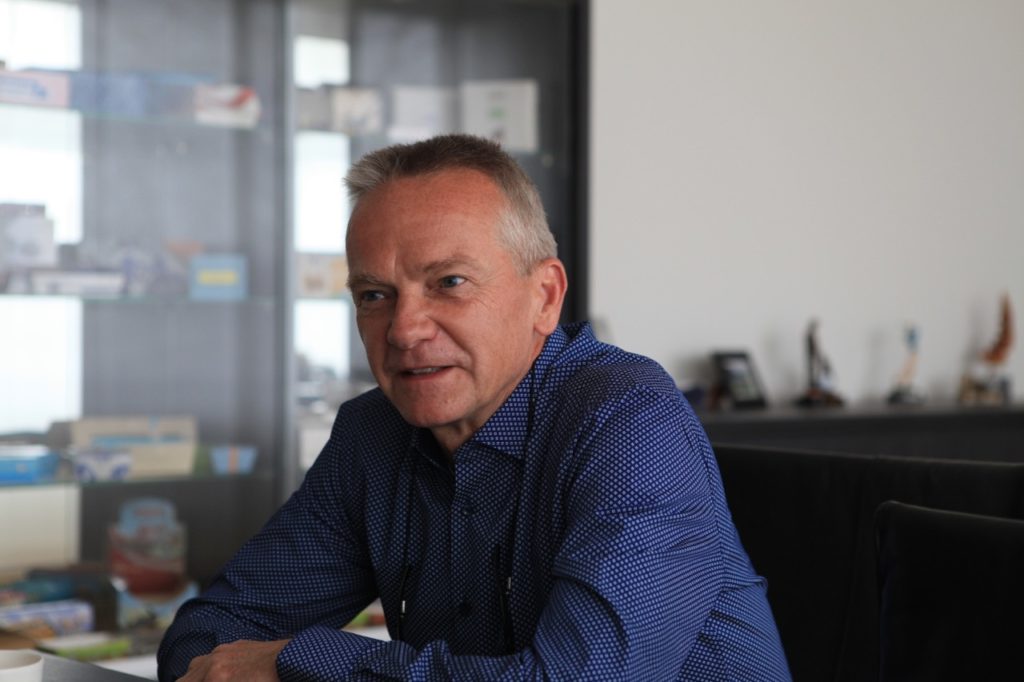 Wesly Printing & Packaging in Maastricht, the Netherlands, introduced a new press last year. A ROLAND 706 EVOLUTION DirectDrive with six printing units, a coating unit and extended delivery.
Wesly Printing & Packaging prints a range of packaging every day. From cake boxes for supermarkets to trays for aviation, and all with lightning speed. Owner and CEO Ron van Gog is happy that he made the decision during last year´s drupa. 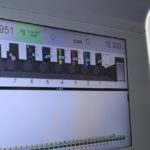 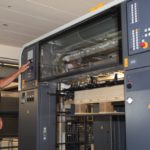 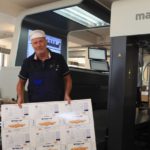 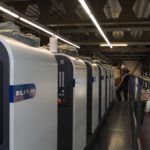 Replacement
The new press is a replacement investment. The old ROLAND 706 from 2001 had done its fair share. The investment was postponed because of the economic crisis. Van Gog: “In 2015 we again focused on options. We looked at three big press manufacturers and did several tests. Manroland was the best for us. During drupa we made the decision and signed the contract. We have a Manroland tradition. But that was not the main reason for our choice. The main argument was the large maximum image area and the very short make-ready time.

Quick job change
The packaging we make at Wesly Printing & Packaging is usually full colour plus one or two PMS-colours. Nearly all packaging is coated as well, hence the six printing units and the coating unit. We need to take into account that the make-ready times include not just the changing of the plates, but also of the sheet. Van Gog: “It is somewhat different from a normal plate. In modern machines plate changes are fully automated and require only the press of a button. Sheets, however, must be stretched and pressed by hand. On this machine, this can be done whilst you are washing and the plates can be changed automatically. So, we have been able to bring the make-ready times for each order from 30 minutes down to 10 minutes if the same colours are being used. 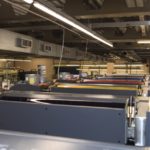 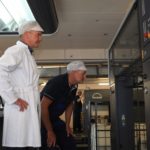 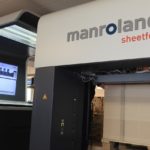 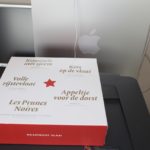 Wider print format
The press has a higher in and output pile and is operated by two operators. The pallets of cardboard reach up to 1.80 meters. Depending on the thickness of the cardboard there are usually only 3.000 sheets. With this type of printing we need to load and unload often. The format is somewhat wider than that of the previous press. Since drupa the print format of the Manroland 700 Evolution can be up to 740×1050 mm. This extra width is a great advantage for a packaging printer such as Wesly, because it allows for more packaging on a sheet. The press Wesly bought is bigger still, 770x1050mm and is the model the German manufacturer made for the US market. “This is very good for us, says Ron van Gog, “the only limitation is the 746mm cutting size. We can now finally use the full 746mm and have extra space for the control bars.” 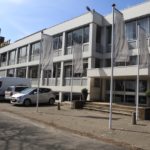 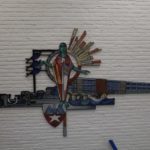 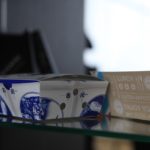 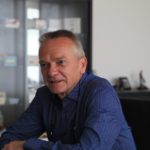 Boxes and bowls
Wesly Printing & Packaging is known for the production of cake boxes and these can still be found all over the print shop. “This particular cake is a local delicacy. There used to be many artisanal bakeries who needed their own boxes. So yes, we have become quite the expert in this type of cake boxes.” says Ron smiling. “Unfortunately, there are only few of these artisanal bakeries left. But because of our reputation we now produce these boxes for industrial bakeries.” The company also produces quite a lot of packaging for the food industry.
Since several years, the print shop has dedicated itself to the production of food packaging for aviation. The meals and snacks from companies such as KLM and Lufthansa are packaged in boxes. Wesly Printing & Packaging developed innovative packaging for airlines. “It is a very specific market with specific demands” says Van Gog. The packaging needs to be heat resistant because the food is being heated in the airplane. There is also the matter of moisture resistance which varies per product. This packaging is coated or sealed to give them the right characteristics.

Stable and steady
At the moment Wesly Printing & Packaging has 60 employees in two shifts. They have the new Manroland Evolution as well as a 2008 four-colour Manroland 700 press. With the purchase of the Manroland Evolution the measuring system and colour management of the Manroland 700 was adjusted to accommodate interchangeability.
The company also has various cutters, an envelope window film sticking machine and a wide range of carton folding and gluing machines.
Ron van Gog predicts a sunny future. The packaging market is stable despite heavy competition from abroad, which means innovation and persistence.
And investments in the news technology such as this new press certainly contribute!

About the Author: Marco den Engelsman

Sorry, the comment form is closed at this time.